Everything you need to know about Deportations

If you are an immigrant who either has a green card holder (permanent resident), legal status, or came to the U.S. illegally, it is important to understand deportation, who can be deportable, and what your rights are when you are in deportation/removal proceedings.

Deportation is the removal or sending back of an alien to the country from which they came, as a measure of national police and without any implication of punishment or penalty. The act of deportation may range from officers catching immigrants attempting to cross the U.S. border and immediately returning them, to removals of aliens in detention, to issuing an order of removal to an immigrant with a denied immigrant court case.

There are many cases where people can be subject to deportation. Section 237 of the immigration and Nationality Act (I.N.A) lists the grounds for deportability. Those subject to deportation include any immigrant who violates the terms of his or her stay including tourists who accept jobs and students who fail to pursue a full-time course of study. People who have been crossed the U.S. border illegally and those who stayed beyond the permitted time on a temporary nonimmigrant visa are subject to deportation. 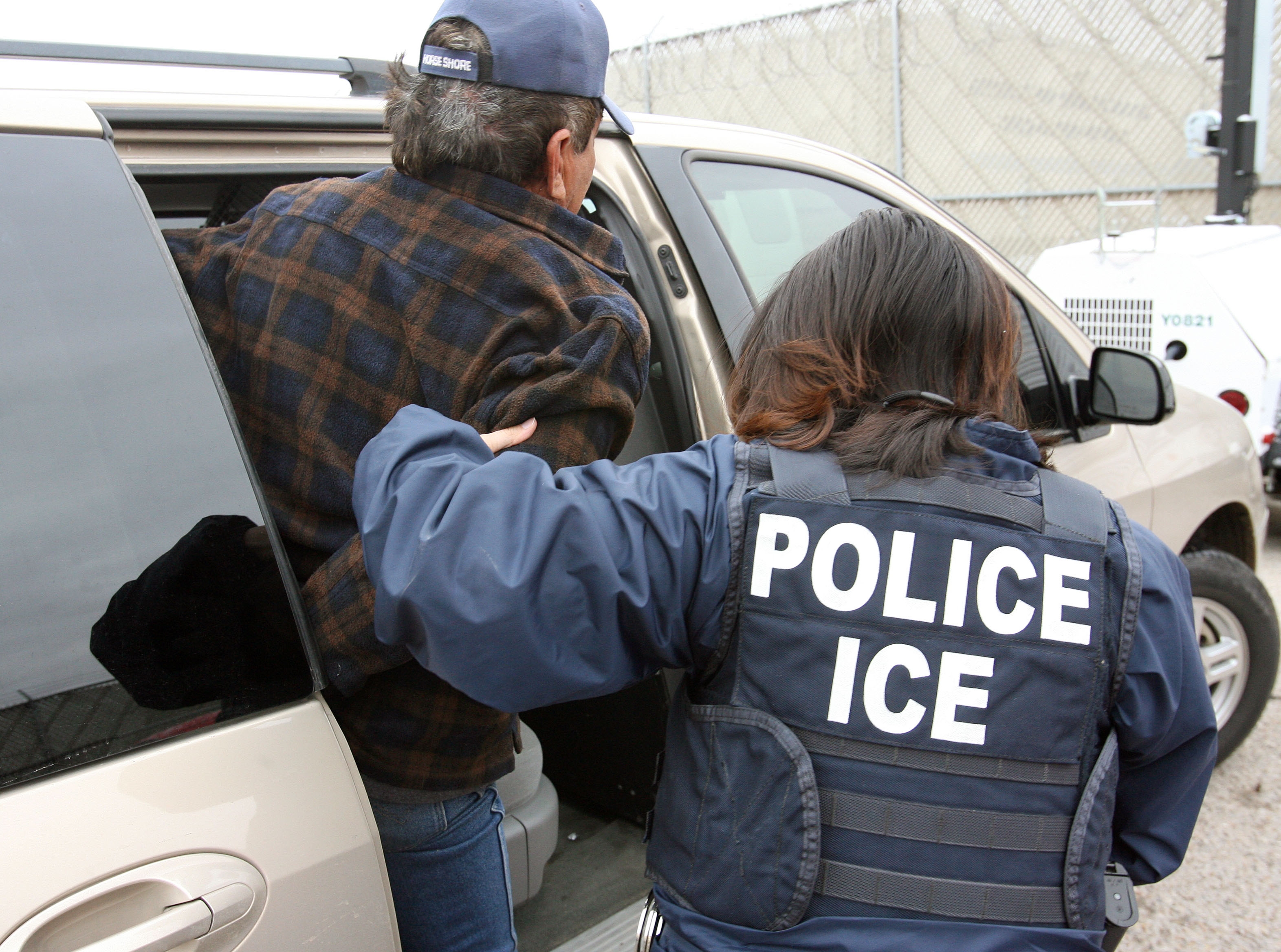 An Immigrant taken into custody for deportation by an ICE Officer.

Additionally, any immigrant who hasn’t become a U.S citizen can be deported if they have a violation or felony listed on I.N.A.

A non-citizen who has not yet entered the U.S. does not have the same rights, and is subject to expedited deportation. In other words, immigration officials can refuse the person entry unless they have a legitimate fear of persecution if officials deport them. A lawyer may overcome some grounds for deportation by requesting a waiver. Non-citizens have certain rights under the U.S Constitution when facing deportation, including the right to a lawyer. Immigration authorities must provide a chance for a hearing before deporting someone.

“Any immigrant who hasn’t become a U.S. citizen can be deported if they have a violation or felony listed on I.N.A”

Having a deportation order will stay on your record and make it more difficult to apply for reentry into the U.S. Attempting to enter the U.S. after deportation and before legal restrictions have been satisfied, is a felony that could permanently bar someone from reentry. If you or a loved one is concerned about their status or are at risk of deportation, you should consult with an experienced immigration attorney to see if you can challenge a deportation order.

Is any of your friends or family in deportation or removal proceedings?
Contact our office for as soon as possible.

Send us a message and we will get back to you within 1-2 business days.